I saw the first Swallow (Hirundo rustica) of the year at the weekend. It is the only one at the moment and sits on the line outside the house chattering away to itself. Where its pals are I don't know, but looking back at my records it is quite common for one to turn up a week or so ahead of the rest. Perhaps this behaviour gives rise to the saying "a single Swallow does not a summer make". One thing for certain summer is going to be a while yet and it must be feeling the cold as the showers of sleet, hail and heavy rain sweep across from the Pennines. It is great to see them back and hopefully they will provide a few photo opportunities like the ones below over the summer. 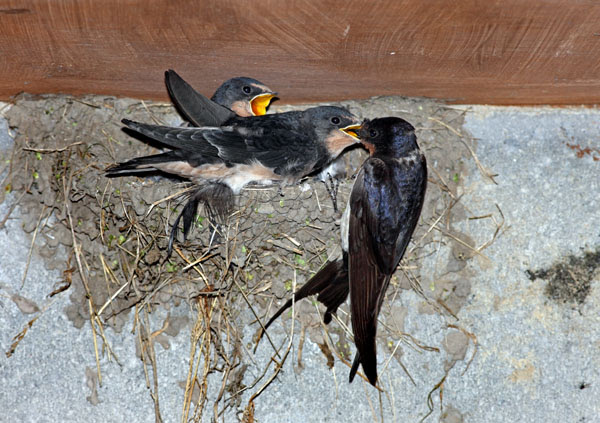 
I usually avoid photographing birds at the nest for obvious reasons, but this pair were so habituated to humans that disturbance was not an issue. They had set up home in a low roofed passageway leading to a friends house and were quite happy to have people walking within a couple of feet of the nest. In fact the first time I encountered them I met one in the actual passageway and instead of flying away it hovered in front of me until I stepped aside and it could fly past. Before I had reached the end of the passage I heard a "chirrup chirrup" behind me and then felt the sweep of its wings as it flew past my ear on its way back out to collect more food. I know you should not give wild animals human qualities but it really did feel as if it was warning me it was coming past. 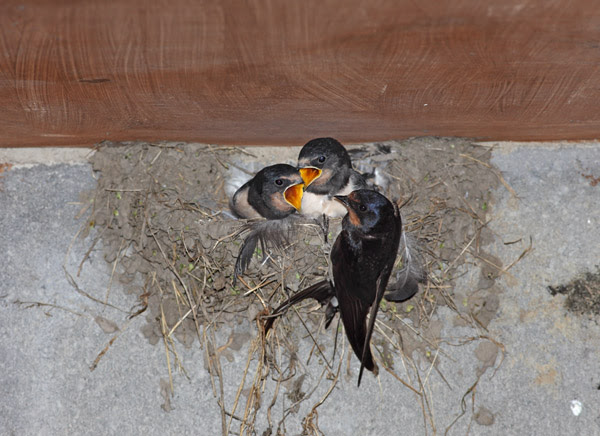 
Manmade structures such as barns make excellent nest sites and coupled with the abundance of insects that can be found in the surrounding fields these birds can usually manage to bring up more than one brood over the summer. The nest itself is made from mud collected from puddles and streams and is reinforced with grass and straw and then lined with feathers. 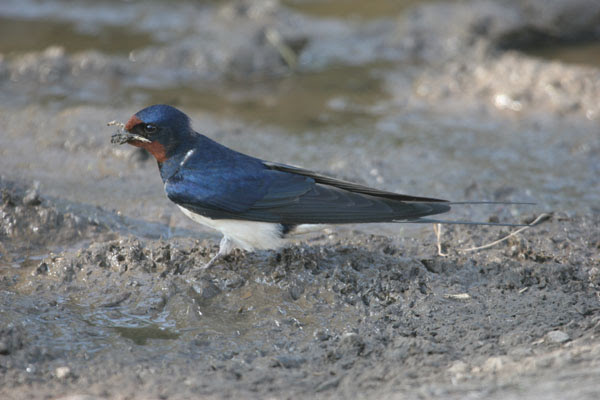 Collecting mud from a puddle on the nearby farm track. Copyright David Forster


In May/June they lay a clutch of five or six eggs and once these have hatched out and fledged they will often produce a second smaller clutch of two to four eggs which will usually have hatched and fledged by the end of September. The whole family then heads off to make the long migration back to their wintering grounds in Africa. You really have to admire the Swallow.
Posted by David at 14:11