Throughout its journey the River Tees passes though some wonderful scenery. From its birth in the High Pennines below Cross Fell to the crashing violence of waterfalls such as Cauldron Snout and High Force the Tees has much to offer the photographer. That is not to say the middle and lower reaches of the Tees are less worthy, it's just that in its upper reaches the surrounding landscape feels so wild.

The path from Bowlees over Winch Bridge and upstream to High Force is in my opinion one of the best short walks in this area - its certainly my first choice when I feel like a wander for a couple of hours to blow the cobwebs away. After last night's rain I was certain the river would be quite high, so the plan today was to get both still and video footage of the waterfalls of High and Low Force. As I left the car another heavy rain shower rolled off the Pennines and it was straight on with the waterproofs. This pretty much set the scene for the day and the waterproofs stayed on until I returned to the car four hours later. Not that I am complaining, this type of weather does produce some great lighting conditions and I would rather be out here than in an office all day.

Approaching the stile leading into the wood at Low Force I could hear the roar of the river below and knew I was in for a spectacular sight. Making my way down the path through the trees the river came into view. Looking upstream it appeared as a boiling, foaming, peat stained brown mass, the colour of strong tea. Looking towards Low Force itself instead of being the usual ten-foot high waterfall it now appeared as a smallish three or four-foot waterfall. Clearly overnight a lot of rain had fallen higher up the dale. This contrasted sharply with my experience of two weeks ago when I photographed canoeists expertly dropping over both sides of the fall. 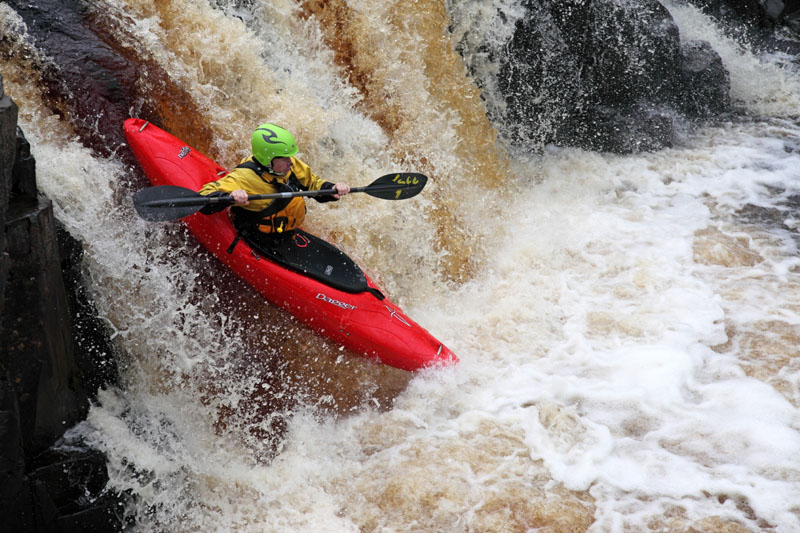 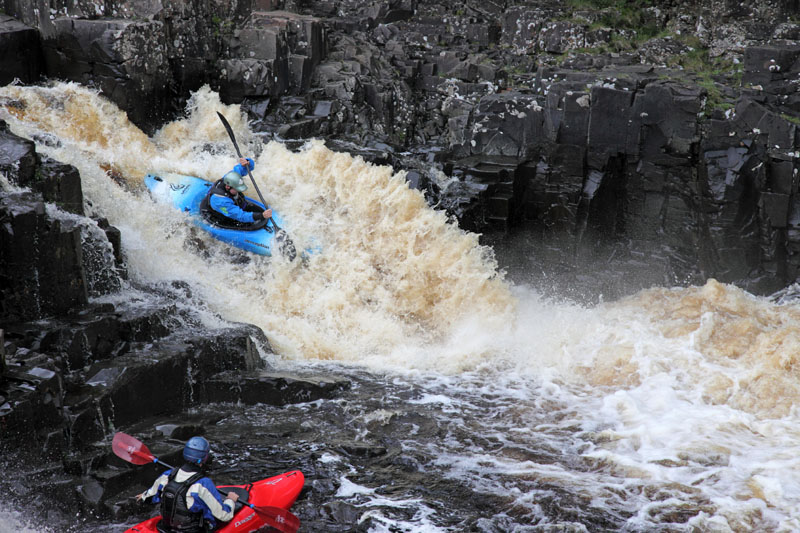 Canoeists enjoying the river a couple of weeks ago. Copyright David Forster

Today the river was much more intimidating. Copyright David Forster


A quick inspection of the rocks close to the river's edge showed that there was a wet debris line about six inches or so above the current river level, this indicated that the flood water was actually receding. The Tees is notorious for the speed at which it rises and falls so there was little time to hang around if I wanted to get the best out of the day. My first task was to get some video footage of the fall itself. Once I was happy I had captured some decent footage I slowly made my way up upstream. From the viewpoint high above the river High Force was certainly an impressive sight as it thundered over the Whinsill into the pool below. Normally the whole of the river is channelled into the left hand side of the fall, however when in flood it flows over the right as well. This was by no means a major flood though, as it can often cover the whole centre section. Being the first of the autumn it was still a pretty impressive sight and certainly worth documenting. I then spent a frustrating hour or so trying to get some footage that was not spoiled by spray on the lens and filters. 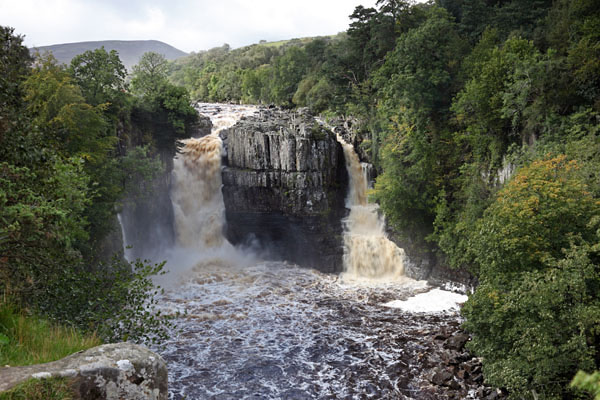 This is the video produced from today's footage.


The River Tees after Autumn Rains in Upper Teesdale, County Durham UK from David Forster on Vimeo.
Posted by David at 12:19