Just lately I have made a few visits to an Adder (Vipera berus) hibernation site I have known about for many years.  They are a breeding population and I have kept a few occasional, but not particularly scientific records in this time.  Mainly about when they first emerge from hibernation, population numbers and whether I spot any of the young. In many ways it has become a part of my spring routine.

The first trip was at the beginning of March, but conditions for seeing them was borderline in that it was cloudy and cold, so it was hardly a surprise when I did not spot any.   On a second trip it was sunny but still cool and I only spotted one, which was highly aggressive and began hissing and striking before I got anywhere near.  It is possible to identify individuals by their head markings, but even so I knew from his reaction this was Mr Grumpy (AKA number 2).  I grabbed a couple of shots using distraction to avoid getting bitten and left him in peace.

A couple of weeks later with the weather now much warmer I headed back.  No Mr Grumpy this time, but instead Number 4 who is a rather more passive character, who along a smaller snake I could not identify were happily basking in the sunshine.  I was a bit too impatient in getting a pic and they soon disappeared.  I knew if I waited they would soon reappear and within a few minutes number 4, tongue flicking to taste the air, slowly emerged from his hiding place.

He knew I was there, but by keeping myself still he seemed happy to emerge fully and then flatten his body to get the maximum heat from the sun.  I watched him for perhaps 15 minutes or so and then suddenly, without any apparent reason, he became tense and with tongue flicking coiled up in the familiar posture they adopt when they feel threatened.  Looking around I could see nothing, but a few seconds later the strong smell of burning heather reached us.

Now clearly it could have a bird, or perhaps some vibration from the numerous helicopters that were flying around at the time, but it did get me thinking about what the effect would be if this patch of heather was burned when they were basking.  Would they simply head below ground and avoid the heat, and if so would they suffocate from the smoke instead?  What if they were too far from their hibernation hole to get out of the way?

I know heather burning is highly controversial and I have listened to, and read up on the various sides of the argument relating to pollution, vegetation damage, habitat loss and the effect on wildlife.   That said I had not paid a great deal of attention to the impact of such activities on reptiles such as snakes and it was with thoughts like this rattling around in my head that I headed across to the far hillside to see the burning up close.

I never know how people will react to me taking pics, especially if they feel I may be there to present them in a bad light, which I am not, I simply want to record what I see.  So far I have not had any issues and have had several friendly conversations with various estate gamekeepers.  So much so that despite the fact I don't support any activities that kill animals as a form of entertainment, I do try to take a balanced view and avoid tarring all shooting estates with the same brush.

Arriving at the fire, the closest gamekeeper who was setting light to the heather gave me a friendly nod and hello so I grabbed a few shots.


After a few minutes a bloke with a soot covered face turned up on another tractor and asked me what I was doing taking pictures as the lads might not want me too.  At this point it's probably not worth going into much detail, other than to say he did not want me taking pics and wanted to know where I was from and what I would be doing with the pics.

Despite the fact I showed him the shots I had taken and that they did not show any faces he was still very unhappy about it.  In the end I couldn't be bothered to argue, and having got a few shots anyway headed off in the direction I had come from.

On the way back I discovered some remnants of what these moors should really be like in the form of some large old tree stumps that had eroded out of the peat.  How long ago these trees last watched over this landscape I don't know.  It could I suppose be as recent as a few hundred years ago, but then again preserved in the peat we could be talking thousands of years. Either way you can bet humans had a hand in it.


Despite my experience today this is not meant to be an anti grouse shooting article and as I said I try to take a balanced view, because lets face it, wind turbines in upland areas also destroy vegetation and peat habitat with their concrete bases, miles of roads and other infrastructure such as pylons and substations.  You can also add a large number of bird fatalities caused by cables and blade strikes to this as well.  Not to mention the visual intrusion and the pollution created by making them.

With regard to heather burning, I don't have any answers, but considering that adders are active at this early stage in the year and given I do actually have records and images of them captured as early as the 24th  February, the potential burning season of between ***1st October to 15th April (see edit below), does seem far too long as far as adders go.

All in all, today was a day that really made me think about our impact on the landscape and its wildlife, but most of all it did make me wonder just where will it end?

I am not keen on cleaning windows, but the one that overlooks my bird feeders always gets a good clean.

A couple of grab shots this afternoon

On Monday Moira and I headed to the Castlerigg Stone Circle to watch the sunrise.

I find sunrises wonderful sights to behold, but when the location and light come together perfectly, some really have a hauntingly beautiful quality.  Today was one of those. 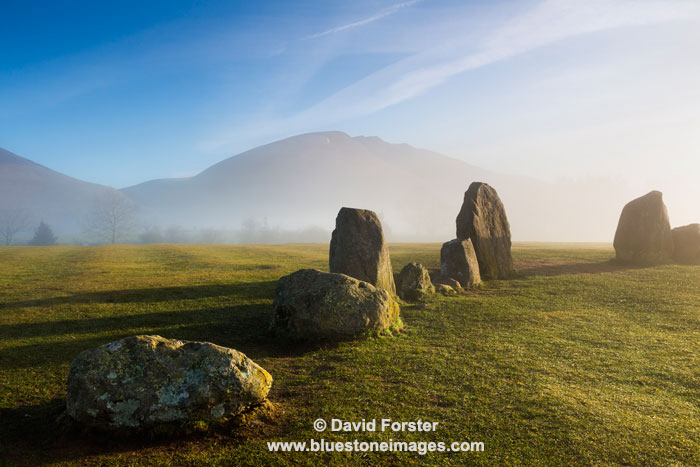