I purchased these trousers from George Fishers in Keswick in June http://rab.uk.com/products/mens-clothing/leg-wear/alpine-trek-pants.html.  The trousers were well designed with articulated knees and a double thickness area around the ankle.  The material felt really soft against the skin and wicks moisture away very effectively.  Another area that appealed to me was the cut which is quite generous allowing for plenty of movement when photographing, hiking, scrambling about etc.  They were also understated enough for use around town as well.


I have to be honest here and say that I have always found the kit from this company to be fairly durable and of good quality and currently use the Rab Generator Jacket and Vest, both of which are my favourite buys of 2011/12.


My experience with these trousers however was extremely disappointing.  When I first got them home and had a good look at them I noticed that in some areas around the seams they looked to have faults where the material was thinning.  This was also apparent in other places such as the crotch area and appeared to me to be damage perhaps caused by the machine during stitching. 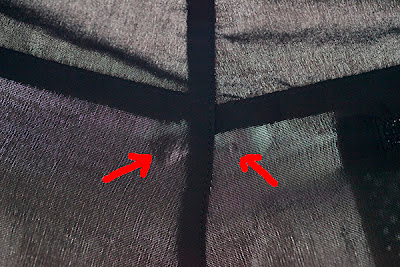 These thin areas were present from new.

I decided to give them a try and wore them for a couple of weeks while in the Pyrenees.  Within a few days I noticed that they had begun to thin quite alarmingly in any areas where minor abrasion could occur such as the seat and where the rucsack touches. 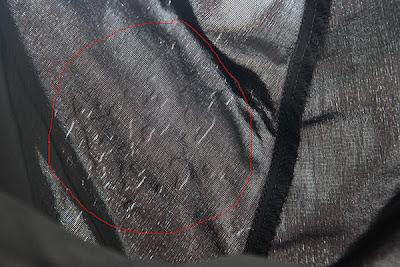 The material soon began to wear on the seat
Much more worrying though was the crotch area which had worn completely through.  On my return from the Pyrenees I contacted Fishers and they replaced them immediately - excellent customer service. 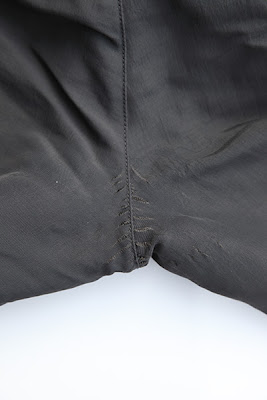 I wore the replacement pair on two photo trips covering a total of around fifteen miles worth of hill walking only to find they had begun to wear through between the legs. 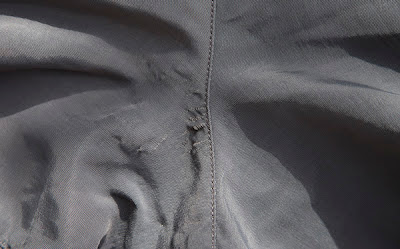 Wear after only 2 days use!


A quick check on the web and the first review that came up also highlighted issues with wear in the same area.  I contacted George Fishers again, but this time to request a refund.  Again their customer service was excellent and I was offered a refund straight away.


In such situations you cannot help but make comparisons with other manufacturers.  For example I have a pair of North Face trousers that are at least eighteen months old and get worn every week, yet they show little significant wear anywhere.


I don't know if they test each batch of material, or whether they bother to get real people to test this sort of kit regularly, but I have to say I am pretty shocked at the quality of these trousers and cannot believe such a well known, and it has to be said trusted brand, could produce such a poor quality product.


What I do know though, is that I have ended up out of pocket in terms of postage and time, simply to try a pair of trousers.