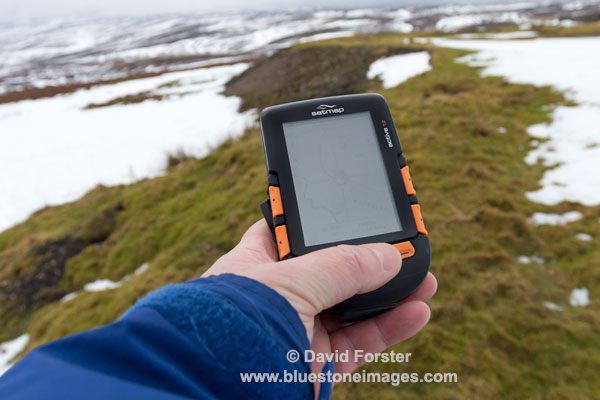 I bought this Satmap Active 12 prior to release as part of the Beta Testing program in November 2013.


Buying Experience
I got the Satmap 12 from Above and Beyond and found the buying process was good.  I have to say however, I was not too happy about the fact they took payment from my credit card before they got the unit in stock.  In fact I received my credit card bill with the unit on it well before delivery!

First Impressions
To start with my experience was not good due to the fact it had to go back twice when the update process caused a fatal issue with the unit.  Satmap however were quick to deal with the problem.


This incidentally brings me to the subject of Beta testing.  At no stage was I asked for an opinion about the unit, nor was any form of verbal, or written feedback requested.  In reality Beta testing for me simply meant buying a GPS with unfinished software on it and then uploading updates as they became available.


Review based on 1 year of regular use since November 2013
The first thing I need to say is I am no GPS expert and I actually enjoy map reading using paper maps and as such have resisted using GPS mapping software for years.  That said I do a lot of mountain walking on my own, very often in the dark, either when heading up a mountain to catch the early morning light, or indeed, heading down in the dark after a sunset.  I therefore got the Satmap 12 to make life that little bit easier and to use as a backup for the inevitable navigation difficulties (ok cock ups) I sometimes experience when navigating in the mountains at night.


The unit has also been used for the odd Geocache and for road/mountain biking.

In Use
On the whole it is a decent piece of kit, although there are several niggles.


For example in anything bordering on wet weather damp easily gets between screen protector and the screen itself, which obviously affects viewing the unit.  Removing the protective screen is not that easy in the field so you either put up with it, or remove the protector altogether and then risk scratching the screen.  It is not a serious issue as far as reading the mapping goes, but does mean you have to remove the cover at some stage to ensure the screen has dried out.  The unit of course is only weather resistant, not waterproof, but even so if the screen cover joint is hit by a few drops it becomes a problem. It can also be an issue in damp misty conditions as well.  If it bothers you too much then a separate protective case can be purchased at additional cost.


Another associated problem is that dust and other debris can easily get between the screen protector and the screen.  This really hacks me off as I find it distracting in certain light conditions.  Would it really have been so difficult and expensive to add a seal?

The unit comes supplied with a rechargeable battery unit and a separate battery carrier, in which you can add 3AA batteries should the rechargeable battery become discharged.  One of the concerns I have with the plugging and unplugging of each battery pack is that the plug is so tiny you end up pulling on the wires rather than the plug.  It is also rather fiddly and a complete pain when it is cold and windy.  Why a simpler click system, similar to say a camera, or mobile phone was not used I don't know.


Charging/Download cable
This has a 90-degree bend at the Satmap end of the plug and is of very poor quality and has already split.  I do not incidentally unplug it by pulling on the cable itself. To deal with this I have simply swapped it for a cable with a straight plug.


On the subject of charging, the unit also switches on and goes through the full boot process when you plug in the charger instead of simply charging the unit.  I got caught out the first time when I simply put the unit away after charging only to find out the battery was flat when I came to use it.


Having read a number of magazine reviews, many of which appear to have been written quite soon after the release, it amazes me that nobody has mentioned some of these niggles.  Actually no it doesn't, using something for a couple of weeks is not really a review is it.


Unit Operation
The OS mapping software comes on SD card which simply clicks into the side of the unit.  The clarity of the High-Resolution HVGA screen is excellent.  A pal of mine has the  Active10 and there is a clear improvement here.


Using the large orange buttons to navigate the various menus is pretty straight-forward and fairly intuitive once you understand the terminology.


The unit is also relatively quick to boot up, load mapping from the card and find satellites (average 2-4 minutes).  This does appear to be an improvement when compared to the Active 10 a friend of mine has.

One slight negative is that sometimes the software seems to run very slowly for no identifiable reason and navigating around the map can be frustrating when you move the joystick, but the map hardly scrolls.  Tiling is also quite bad when this happens.  That said I use this unit week in week out and it has not become a serious issue for me.  I assume this will be resolved in future software upgrades.


Testing Limitations
I only use a fraction of the functions available on this unit and therefore cannot comment on such things as paperless geocaching, detailed route planning, barometric elevation, bluetooth and peer-to-peer sharing for example.

My experience of the mapping software is limited to the OS 1:50,000 maps.


I have yet to try updating the software and as I mentioned earlier I did have some serious issues with the upgrade process during beta testing and the unit had to go back twice.  However this was using a different "Light" update process to the Satsync process users now go through and I was assured this would no longer pose a problem.

All said I think this is a decent unit and the positives certainly outweigh any negatives. 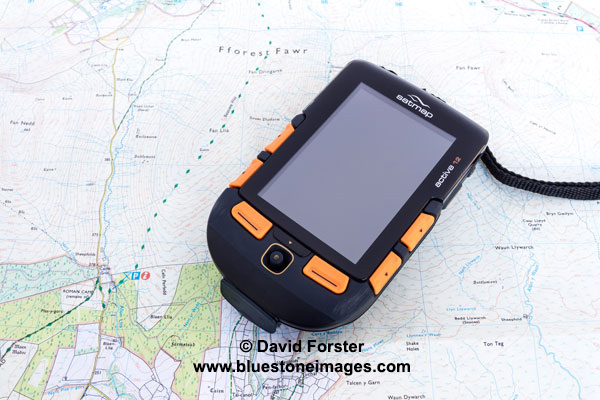 Important information for those new to mountain navigation.
If you are new to walking, especially in a mountain environment, it is important to recognise a GPS unit of any kind is not a replacement for a paper map and compass, along with the ability to navigate using them.


Batteries will discharge quicker in cold weather and you need to carry spares.


If only using the 1:50 mapping software that comes with the unit as standard, a lot of detail such as steep ground and crags for example will not necessarily be obvious.


Regardless of the mapping just like a paper map you still need the ability to read map contours, recognise slope aspect and be able to plan your route, taking into consideration your speed and the fact you may need to navigate around hazards rather than walk on straight A to B bearings to reach your objective.