Harris Lewis and Beyond Pt 2

By the time we had made it from the Isle of Harris/Lewis to Durness we only had 3 days left for actual walks, and as the weather was set to remain rather Scottish with heavy showers and yet more gale force winds, we again decided to stick with the beach holiday theme.

Arriving in Durness just after midday we headed straight for the Sango Sands campsite which is set on the edge of the cliffs above Sango Bay.

After lunch we headed off for a short walk that involved a visit to Smoo cave.  Having spent my youth caving in the Yorkshire Dales, I tend to avoid cave tours, especially if I have to pay.  That said I really did enjoy this little trip and the guy taking us down really knew his stuff. It's only a short trip of around 20 minutes and if you have never been down a cave it would be a good introduction.  You can of course still go into the cave without paying, it's just the cave accessed by boat that you pay £4.00 for.  More info in the links below 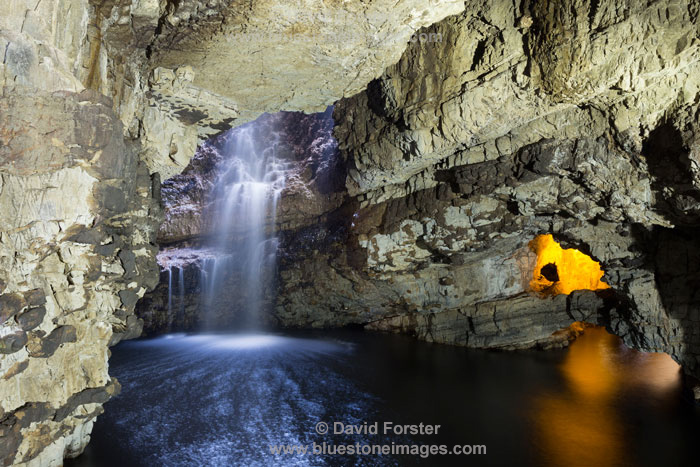 You can see a quick video of the trip here, or click on the link to watch in another window

Apologies for my web address appearing throughout the video but a promotion company nicked parts of my Iceland video off YouTube and used it to promote a car hire business.

Balnakeil Bay and Faraid Head
Next morning was clear so I headed down to the bay just before sunrise.  I wasn't alone in my quest for capturing some nice light and another photographer from Ireland was already setting up further along the beach.  It was a bit difficult trying to keep out of each other's shots, but even so we both managed to capture some people free images. 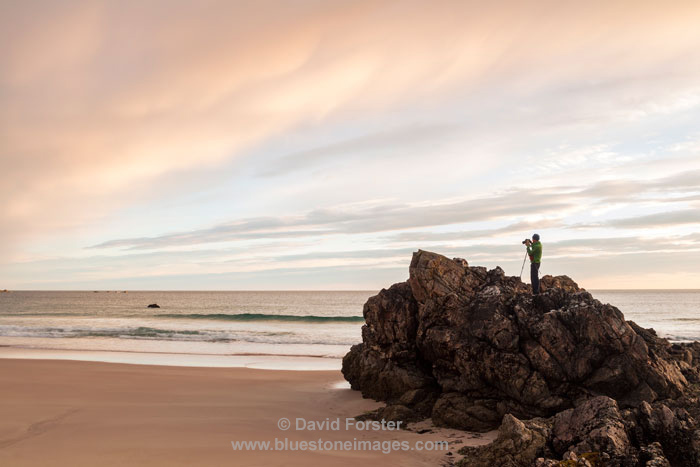 After breakfast we walked around to Balnakeil Bay to enjoy a circular walk up onto Faraid Head, returning along the eastern headland.

Balnakeil Bay is easily accessible and is a short walk I have done numerous times.  Each time there is always something interesting to see or photograph and today was no different. 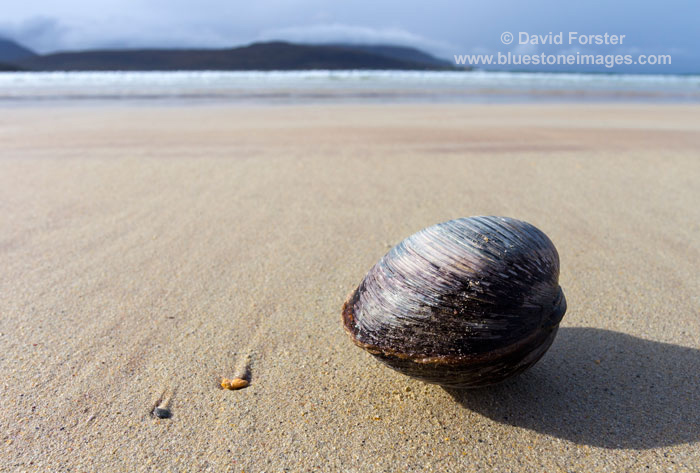 While messing about photographing shells and crabs we came across a Dolphin stranded on the beach about 20 metres into the sea.  On the access to most beaches up here there are signs with phone numbers for the Scottish Marine Animal Stranding Scheme.  Typically we did not have the number with us, but fortunately while we were discussing whether to head back along the beach to get it, a couple of their members turned up.  They told us the person who had called them had also spotted a young dolphin in difficulty as well.  The guys waded into the sea to check, but sadly there was nothing that could be done for the adult and as the young dolphin appeared to have headed back into the bay, they dragged the dead animal ashore. 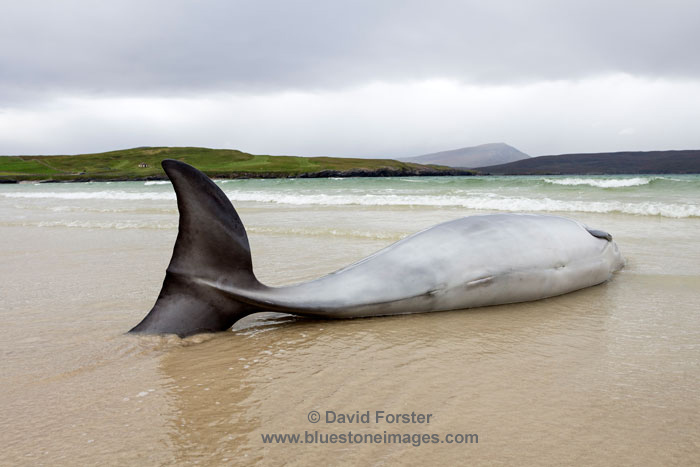 Leaving the rescuers waiting for someone to come and do an autopsy we continued our walk, eventually coming across another dolphin that had been found alive a week or so ago.  Again little could be done for it and it was put down to end its suffering. 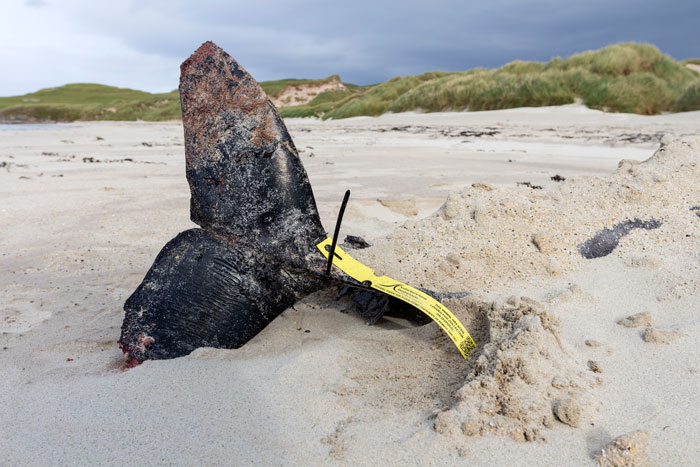 Whether it was the storms, illness, pollution, or indeed a combination of these factors it was hard to say, but it was at least heartening to know that there are groups of people around our coast collecting data in order to understand the problems facing marine animals. More info via the link.

Leaving the beach we headed out onto Faraid Head and spotted a seal close to the shore.  A few minutes later we spotted what we thought was another dolphin in trouble.  It was too far off to photograph, but a look through the binoculars showed it was actually a dead cow floating in the sea!

Sandwood Bay
Sandwood Bay, or to give it its Viking name Sandvatn (Sand and Water) has a lot of myth, legend and folklore associated with it.  Stories of beautiful mermaids, ship wrecks and the ghostly wanderings of lost sailors all come together in this wild and remote setting.  It is one of those beaches that any lover of wild places should visit at least once in their lives and for me it is perhaps the best beach walk in the UK, it's certainly one I cannot help returning to.

On reaching the remains of Sandwood Lodge we got our first view of the beach and could see the tide was almost fully in.  Despite still being at least a kilometer away, we could hear the constant rumble of large waves pounding the shoreline. 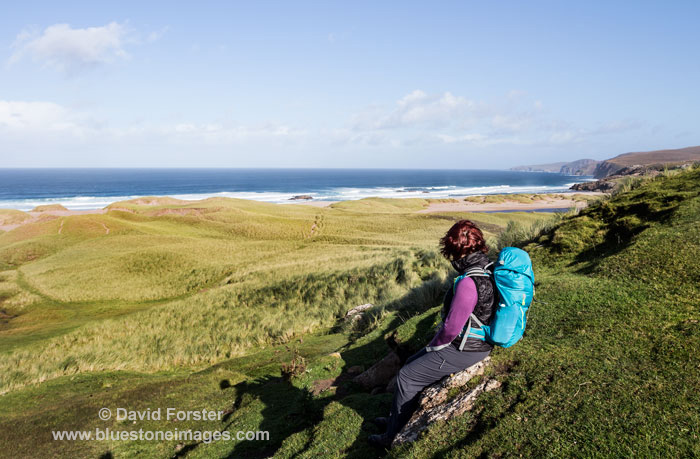 On the beach itself any ideas of wandering barefoot along the tide line were soon quashed.  In fact due to the sloping nature of the beach it was pretty dodgy walking 20 or thirty feet above it due to the fact some of the larger waves would race up the sand way beyond what appeared to be the high point.  Some waves even managed to sneak up from behind due to the way the sand was deposited around the rocks in the centre. It was, both exhilarating and downright scary at the same time. 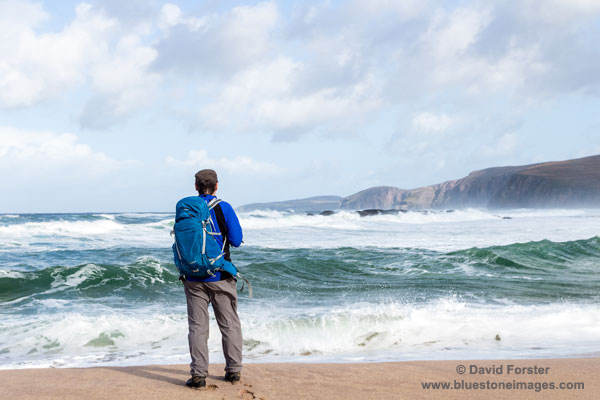 Heading north we did harbour thoughts of extending the walk to the Strathchailleach bothy, but the river outlet from Sandwood Loch was in spate and being pushed back inland by the force of the incoming tide.  With no way of crossing we turned tail and headed back along the beach to enjoying the spectacle of Am Buachaille appearing above waves, the tops of which were shredded and blown back out to sea by the strong wind. 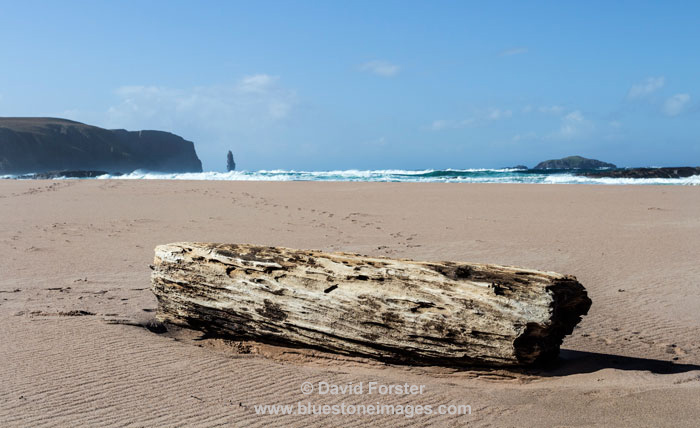 Don't let anyone tell you there is no such thing as wilderness left in the UK, anyone who visits a place like this, on a day like this and is left unmoved has a soul that has long since passed away.  This really is a wonderfully wild place and it was with something of a heavy heart that we left and headed back to the vans.

Red Point
On the way home we stopped off at Gairloch, and yes you guessed it, yet another storm rolled in.  Pouring rain and strong winds which made the van rock so violently I actually felt queasy came in during the night.  Fortunately it had blown through by mid-morning and we headed out for a wander around Red Point. 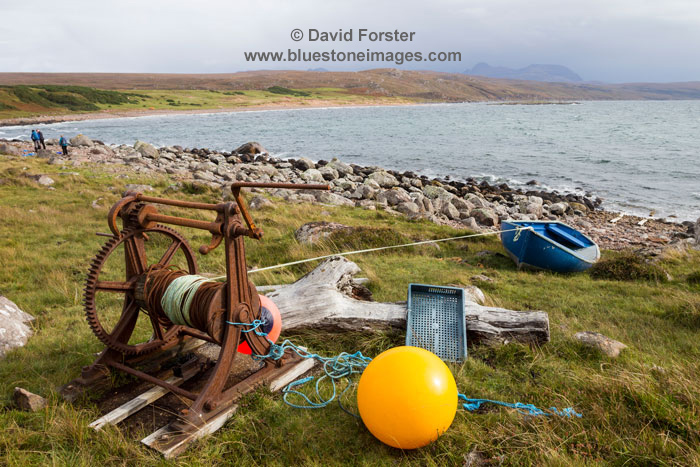 I nearly did not bother writing about this walk as I found it pretty depressing due to the amount of plastic rubbish littering the shores. 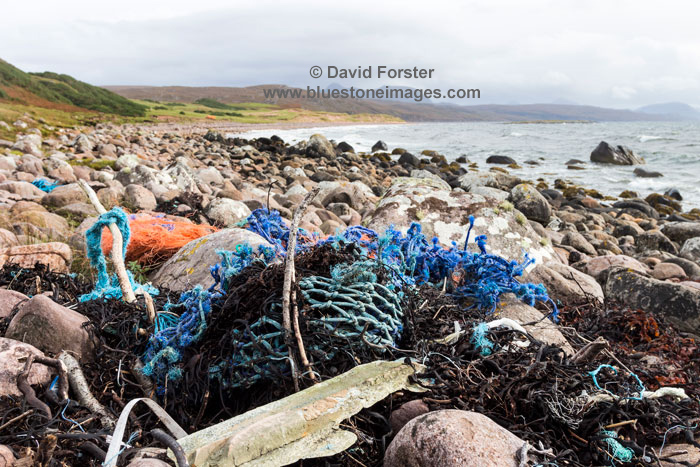 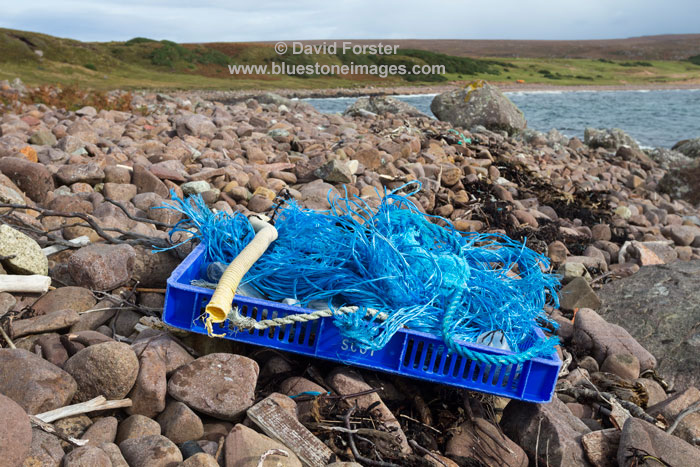 The vast majority of this rubbish clearly relates to the fishing industry with crates, nets and rope all littering the shoreline.  We picked up quite a bit and moved some of it together before placing rocks on top to stop it getting back into the sea.  In reality though it was a futile gesture and I really am ashamed to be a part of a species that does this to the planet.

Travelling does have its negatives when you see things like this, but then again it is about much more than just having fun and ticking off sights and experiences.  It should inform, educate and occasionally make you question yourself.  This little trip certainly had all of this and more.