Located to the south of Causey Pike and Sail, Knott Rigg and Ard Crags hold a wonderful position above the Newlands Valley.  At 556m and 581m respectively they are not high mountains by any means, but what they lack in stature they make up for in their outlook.

The original plan was to do these as part of a circlular walk, but with a rainy morning forecast we decided to climb Knott Rigg from Newlands Hause and do a simple out and back to Ard Crags along the ridge.

The steep pull straight from the car onto Knott Rigg certainly woke up our lungs and legs, but at least we had perfect excuse to stop in the form of the wonderful Moss Force in spate to look at.

Regular stops to stand and stare (the sheep seemed to have the same idea) meant we did not feel too taxed despite a couple of false summits tricking us into thinking we were progressing faster than we were. 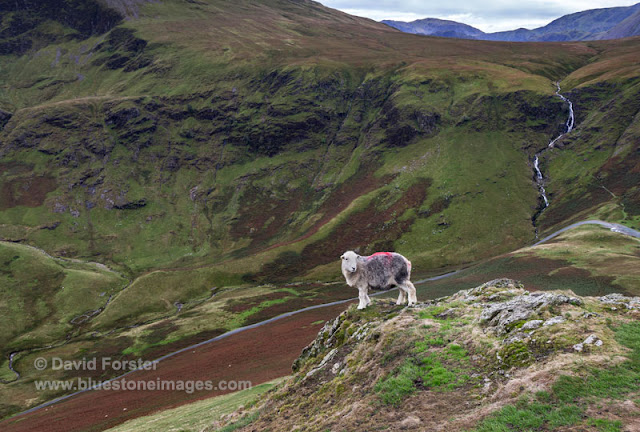 Once on the summit, and with the steepest of the climbing over, we sat and surveyed our onward route over a cup of coffee. A lot of the high hills to the south were either in cloud, or were obscured by curtains of rain, but looking along the ridge towards Ard Crags and beyond to Blencathra we could see the cloud there was beginning to thin.

To the east the weather looked to be improving too and while Helvellyn was cloud capped a few breaks were appearing over Clough Head.   This was nothing like the forecast rain, so we were more than happy with the forecast being wrong so far.   That said by the time we had finished our drinks we ready to get moving as the wind had a real autumnal edge to it.

The way to Ard Crags involved a short down, before the route climbed up towards its summit.  On the way we met a couple who had passed us while we were having our coffee. Stephen and Sharon it turned out also lived in County Durham.


The rest of the ascent went mostly unnoticed, as we wandered along chatting about the weather, photography and mountains in general.  While on the summit the sun decided to make an appearance, causing a few isolated patches of still flowering heather we hadn’t even noticed earlier to glow like warm coals.  Against a backdrop of brooding fells and emerald coloured fields the view was spectacular. 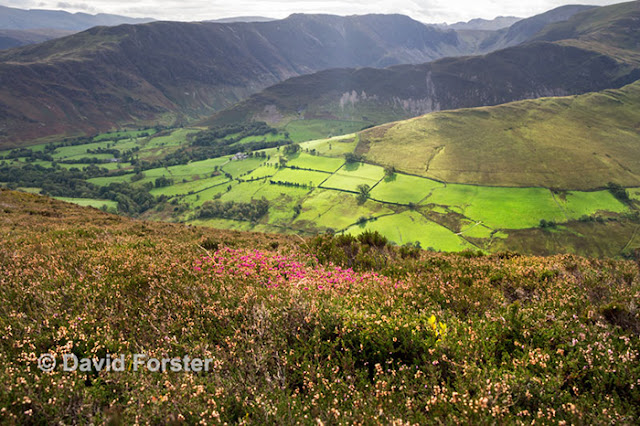 Warmed by the sun and still chatting about this and that we spent a while on the summit setting up a couple of photo poses. 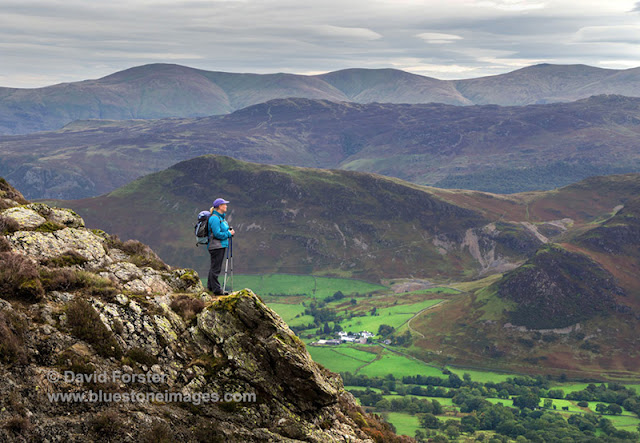 A short while later they headed off to complete their circular walk and we retraced our steps back to the car and had a quick wander up to Moss Force.