Moira and I have walked over the top of Birkhouse Moor on many occasions when climbing Helvellyn, but that said neither of us could visualise having ever been on the summit. The only way to resolve this was to revisit the location and perhaps also have a wander over to enjoy the view from its north top as well.  Catstye Cam on the other hand had definitely been climbed by me, but not by Moira.  To address this we devised a walk onto Helvellyn that would also give us a little bit of adventure in the form of the fine little arête of Swirral Edge as a bonus.

Accompanied by our friends G&S we left the Gillside campsite and made our way up via the Mires Beck track.

There were lots of people about on the main track, but as soon as we left it to walk the few hundred metres to Birkhouse Moor’s north top we lost the crowds.

Returning to the main track we joined the crowds again as we walked onto and over the true summit of Birkhouse Moor. Once there we realised we had done it many times before, still at least we could be sure and tick it off our list now.  Despite being keen to stop for a few minutes the arrival of a noisy group of walkers heading towards Striding Edge pushed us on.

Fortunately things became a lot quieter as we left the main path to make our way towards Catstye Cam and by the time we reached its east ridge, there were only two people and a dog ahead of us.

Up until now it had been cloudy, cold and windy, but as we made the steep pull up the ridge and onto the summit, the sun came out.


Heading off we made our way down to the start of Swirral Edge.  Following its crest we had an enjoyable scramble onto Helvellyn. 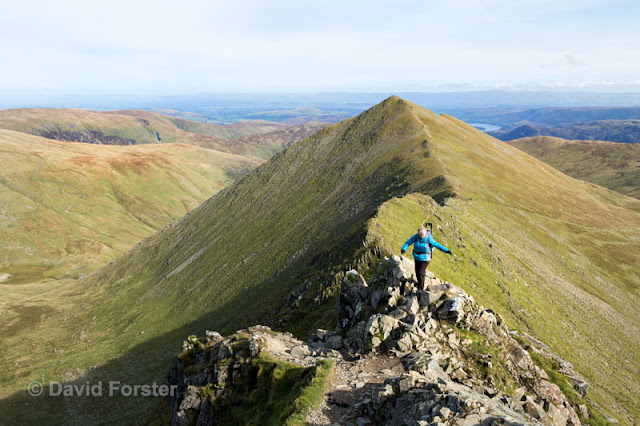 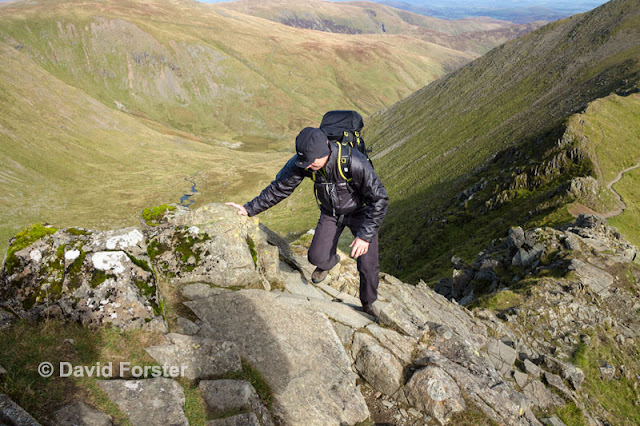 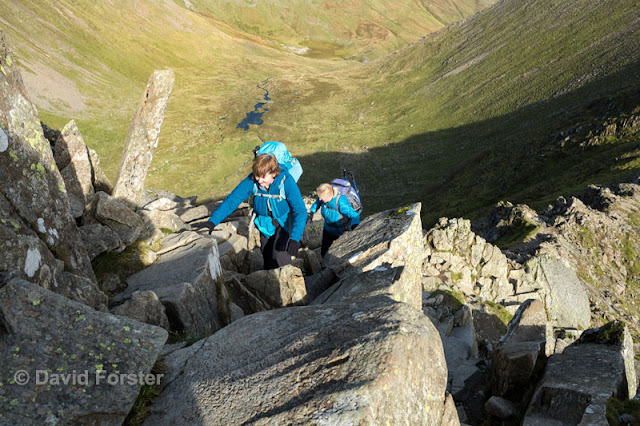 As expected it was pretty busy on the summit, but certainly nowhere near as busy as Striding Edge was. Here we counted over 70 people on the final section before the headwall.

Despite the crowds it was heartening to see very little in the way of litter. Whether the relatively litter free summit was down to people having carried out a litter pick recently, or whether it was down to people respecting the hills I don’t know – I do hope it is the latter though.

Returning over the summit we headed to Lower Man before trending right to White Side (already bagged before so no extra tick today).


From here we descended into Keppel Cove and then followed the track down through Greenside, stopping off on the way for a pint of Helvellyn Gold at the Youth Hostel.

All in all it was a grand wander that gave us 4 Wainwrights in total, but only 2 new ones to tick off. That leaves us 81 Wainwrights left to go.  Wasdale area next I think.