After the torrential rain of the last twenty four hours my initial plan was to head up to High Force Waterfall. On the way I noticed that the Tees was certainly very high, but it did not look to be higher than the 28th June 2012 flood level. Instead I headed to Bowlees and had a walk up to Summerhill Force (also known as Gibson's Cave). The dripping foliage and dark, dank and misty conditions gave the place a jungle atmosphere. 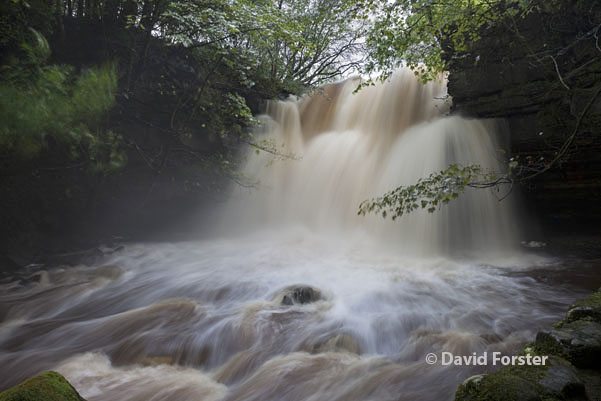 Summerhill Force. Gibson's Cave is behind the waterfall

Compare this to the one below in normal conditions.