Another visit from the Sparrowhawk

This morning as I walked out the front door I heard the unmistakable sound that Swallows make when there is a predator nearby. Glancing around I was surprised to see this Sparrowhawk perched less than 10 feet away on the garden fence. What surprised me even more was the fact that despite being in full view it did not seem at all bothered about me.

I retreated back inside to grab my camera but typically it had a landscape lens on. A frantic scrabble ensued and half expecting it to have flown off I went back outside. It had moved but only a few yards into next doors garden where it perched on an ornamental deer. I rattled off a few shots but the light was pretty low and overcast and at 320th sec I knew I was pushing it to get sharp images. 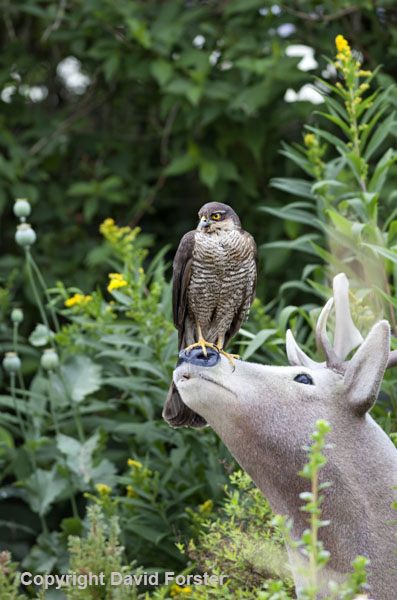 Back inside I had another frantic scrabble to grab the tripod, add the base plate to the camera and then extend the legs. I thought surely it will have flown off by now, but no it was still perched happily on the stags nose. 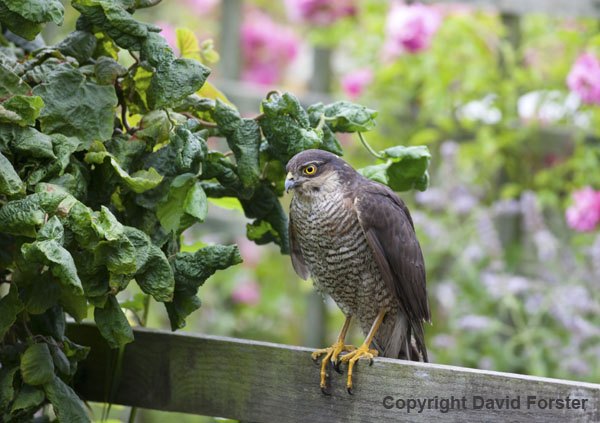 In full view I set the tripod and grabbed a few more images. The hawk then surprised me even more by flying towards me and perching back on the fence. It then spent a little while sideling back and forth until it decided to jump down and go under the corkscrew hazel bush. At this point it was too close to focus so it was just a case of watching. I can only assume it had chased a bird in there and was determined to catch it. After a minute or so it walked out and flew off without its prey. I could not see any remains or feathers so assume it had been unsuccessful.

When it comes to photography sometimes you just get lucky.