Sometimes things happen around you and you simply don't have a clue. When I began watching the local news on Monday (22nd January) I was certainly surprised to see images of the Northern Lights from various locations across the north-east that's for sure. I was even more surprised when I saw that someone had captured a cracking image up at the Tan Hill Pub, which is not that far away from me as the crow flies. Hoping for a repeat performance I headed out the following night, but despite clear conditions they did not appear. I did manage a couple of star trail images as a consolation though. The process of creating the star trails also brought back memories of the first time I ever saw the Northern Lights. One thing that stood out for me at the time was the motion, the fact that you actually see the colours swirling around, sweeping across the sky, or descending like a curtain. Then just as quickly fading to nothing - it was a truly wonderful sight.

The last time we had a good show of the Northern Lights this far south was in 2005 and fortunately on that occasion I managed to get some acceptable images that were used during the BBC Look North News. 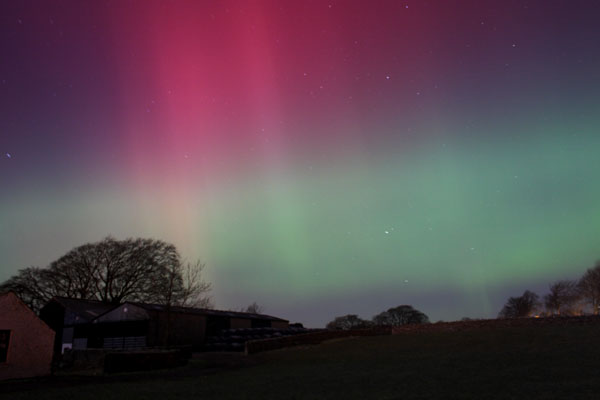 This image is from the 21st January 2005 Aurora Borealis over Teesdale and was used on Look North. Copyright David Forster


Examining at the EXIF file data from the 2005 images it was interesting to note that they were captured in the same month and only one night apart - the 21st January. The images were created using an old Canon 300D, but being one of the early digital cameras with a 6MP sensor it was not ideal for long exposure low light photography so they were a bit too noisy. That said at the time there was a lot of interest so they cannot have been too bad. Sadly by the standards of today they probably wouldn't meet the quality control requirements of most photo libraries so it would be great to capture some more images using the Canon 5D MK2.

A couple more images of the 21st January 2005 Aurora Borealis. 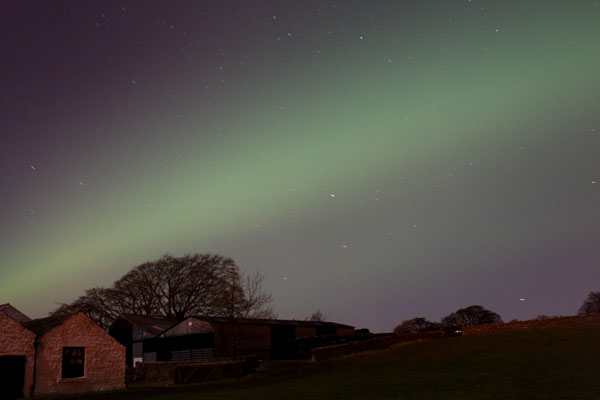 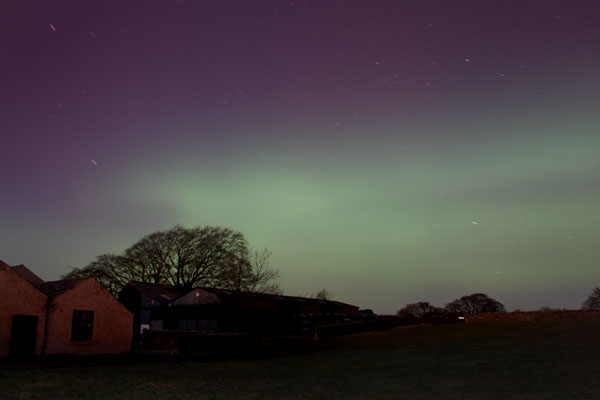 
Star Trails from Last Night
This incidentally is from the same place as the 2005 images. The white buildings to the left have been demolished and there certainly seems to be a lot more light pollution from the east. 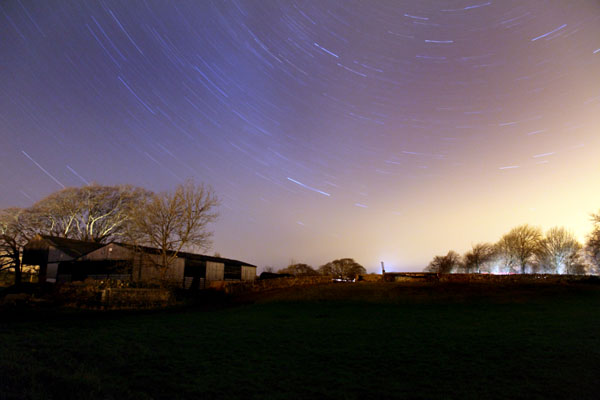