High Raise was another of those Wainwright’s we had probably done but did not have a record of doing, so we decided on a straightforward out and back walk taking in Kidsty Pike and Rampsgill Head, both of which had definitely been bagged previously.

Parking at Haweswater just before the sun came up we headed along its eastern shore to Bowderthwaite Bridge.  Here we left the main path and made our way diagonally up a very boggy section towards the broad ridge which connects Kidsty Howes with Kidsty Pike.  Fortunately as the ground steepened the bogs were left behind and we soon found ourselves on Kidsty Howes where we had a second breakfast as the sun appeared. 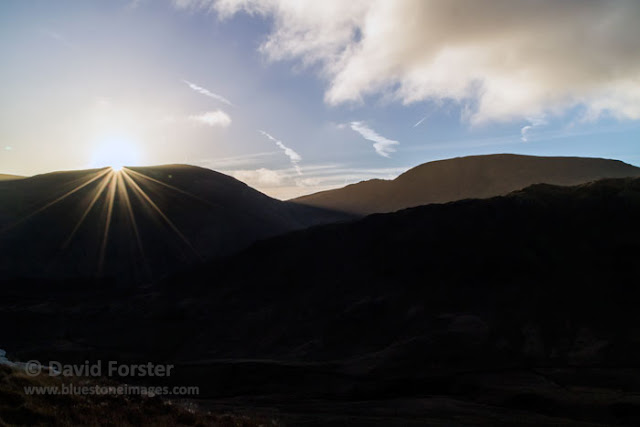 It’s been a few weeks since we have had chance to bag a few of the higher hills and despite noticing a loss of fitness it was still a pleasant if rather tiring plod up onto the summit of Kidsty Pike.

From here we headed up onto Rampsgill Head where we had some spectacular if rather hazy views towards the Helvellyn range.

Moving on a pleasant wander in the sun took us up onto High Raise.


After a relaxing lunch in the sun we took a diagonal course back to Kidsty Pike to avoid a re-ascent of Rampsgill Head and then retraced our route down.

That’s 3 Wainwright’s completed in total, but only one new one we can tick off our list.